The day was really cool – we enjoyed every special stage!

We took a good pace from the very beginning, despite the long break in performances on gravel surface. I drove carefully, nevertheless there was no 100% certainty either in the car or in the notes after such a break. But we felt more and more confident and won against Mikkelsen and other guys except for Nikolay Gryazin at every special stage. Gryazin started the 40th and he had a different road. There was a very loose gravel and even we, being the 15th, swept the trajectories somewhere. I always want to go wider, go into corners from the outside and go out wider, but guys roll over the rut almost in the center. It was not convenient at all to ride on it. At the second pass it was better, because this rut has already been widened, there was more grip. We were successful in terms of the car settings and chose the right composition of tyres, I think, and worked out the whole day very cool. 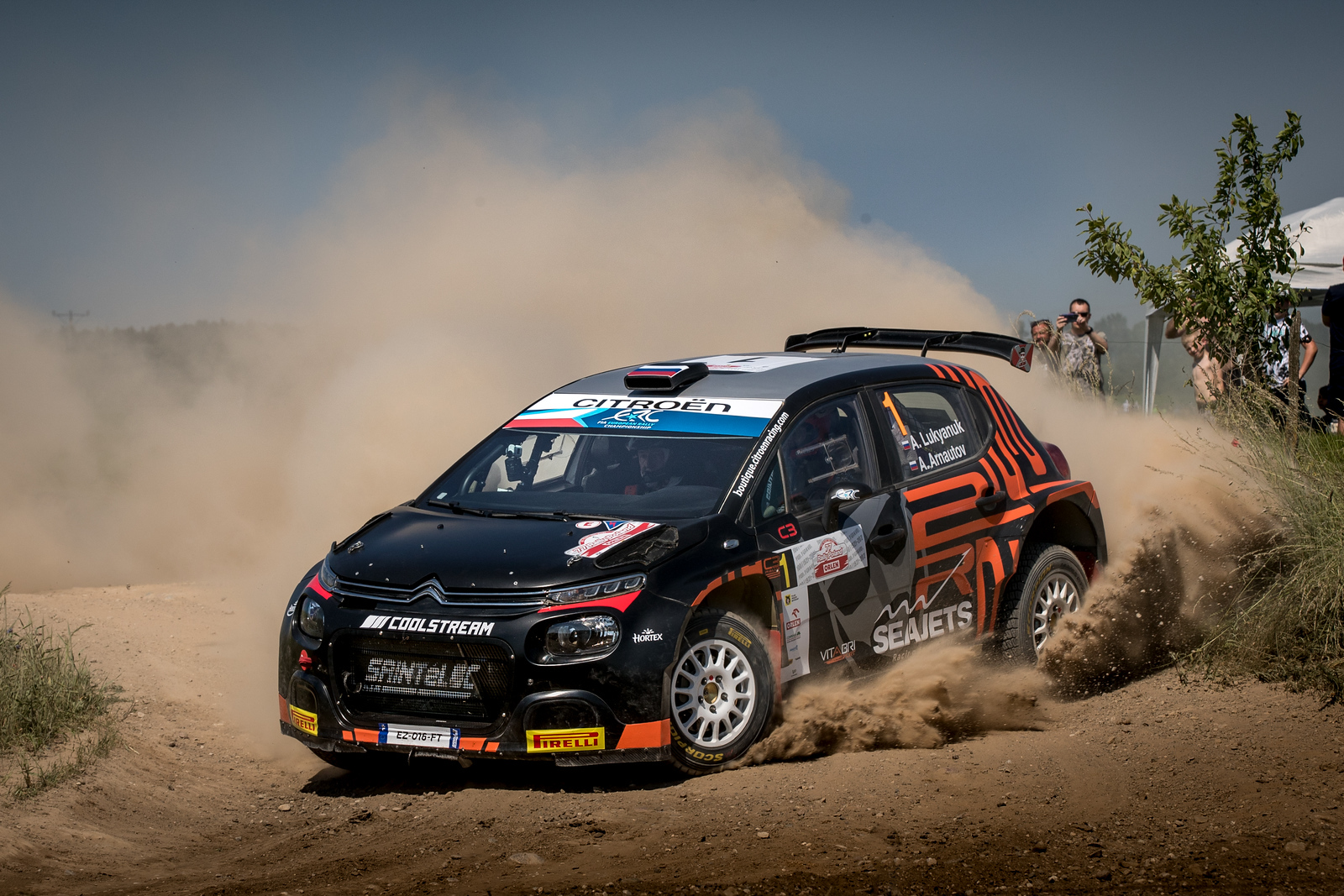 We almost had no mistakes, although a couple of times I had such moments with a sinking heart, when I quickly drove into a corner, did everything right, but still understood that it was too much, and the car was kept on a trajectory, so I thought, “Wow! How cool! ” It was great! And we’ve also “flown” today – there were such cool dizzying jumps! I’m very pleased with today, we’ve won several special stages and we are in the lead.

Unfortunately, during the daytime service there was a hitch and we were a little bit late to the TC, we should receive a 10 seconds penalty. But nevertheless, tomorrow we’ll start with a 20-second advantage, and I hope that we will be able to maintain the same pace to keep Mikkelsen behind. Everything is positive! We still have several things to do – to check the notes, rest, sleep and drive 80 competitive kilometers tomorrow. We are very busy!