The FIA European Rally Championship accelerates; just two weeks after the first event finish the participants move to high-speed gravel roads of Latvia – the Rally Liepaja 2020 will be held as the FIA ERC second round, as well as the second and third rounds of the Latvian national championship and the Baltic Rally Trophy. Top drivers of the world series and young talents will join the participants who successfully qualified on the Italian asphalt.

This competition, originally scheduled as a winter rally, was held in late spring and early autumn, and now it will take place under the bright summer sun. The rally organizers worked hard not only to ensure that the rally will be held despite the many restrictions caused by the worldwide pandemic, but also to attract strong entrants. Nevertheless, not all drivers wishing to take the start of this rally were able to come to Latvia, having issued all kinds of permits.

Nevertheless, a real battle will unfold on the fastest gravel roads! The Russians Alexey Lukyanuk and Dmitry Eremeev, driving a Citroen C3 R5 from the Saintéloc team, with the support of Citroen Racing and Total, will face three ex-winners of this rally – Craig Breen, Nikolay Gryazin and Oliver Solberg, the Polish national title owner Miko Marczyk and Romanian champion Simone Tempestini, junior champion in the ERC3 category Efrén Llarena, young “flying Finns” – Emil Lindholm and Eerik Pietarinen, There is also the name of the Norwegian WRC round winner Mads Ostberg in the entry list – it will not be boring! 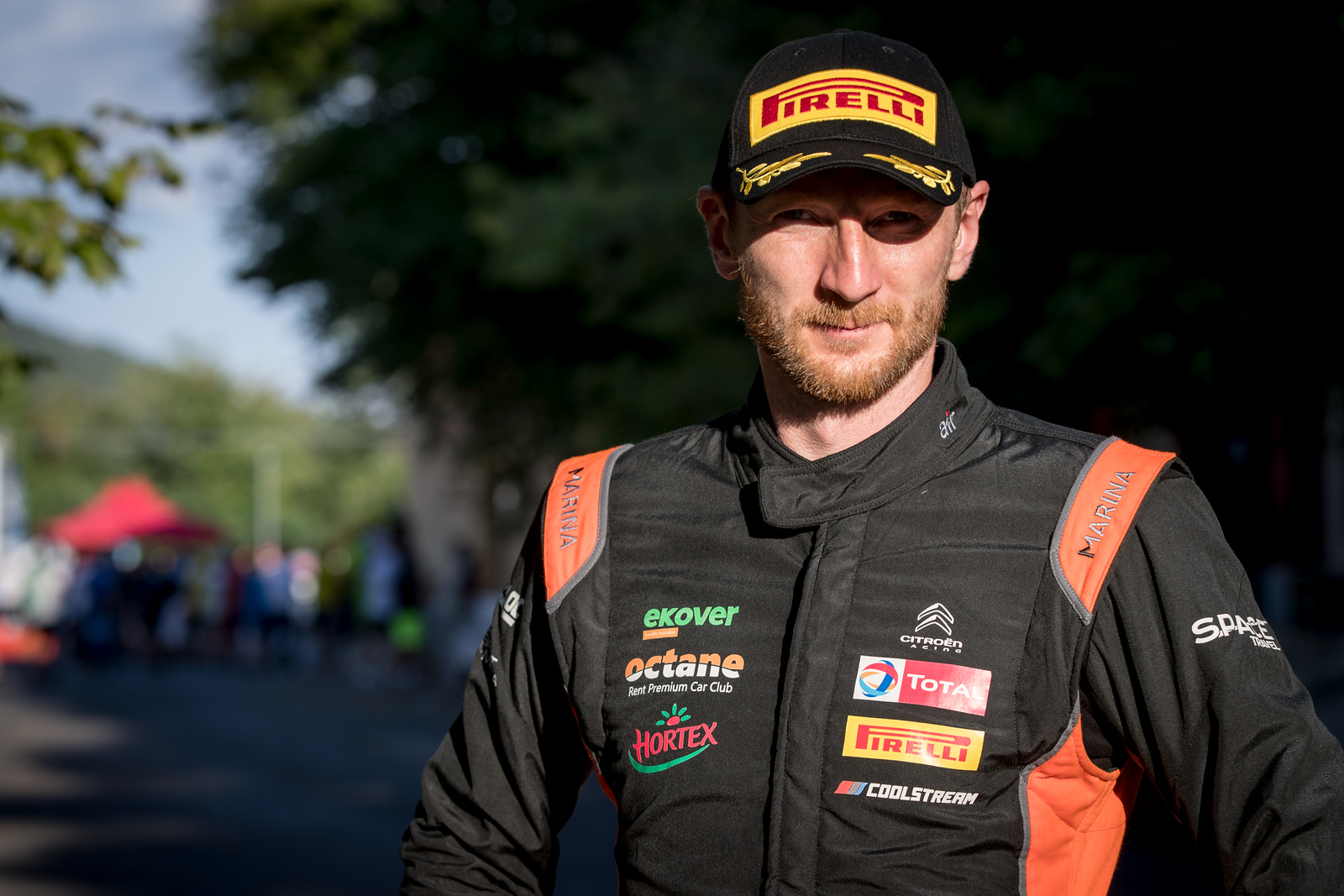 Alexey Lukyanuk, driver, “The race is almost 180 competitive kilometers and it will be very difficult for us, because the very strong drivers have come to Latvia; the fight will begin from the very first special stages. And I set myself up not to waste time, but to immediately start fighting. I hope that, having begun with last year’s starting settings, we moved forward during the test day and found the most optimal ones – we were able to prepare better and will show a good pace right off the bat. Volkswagens and Skodas, of course, are hard to fight, but we will do everything we can for it!”

Dmitry Eremeev, co-driver, “I really like Rally Liepaja. The roads are fast enough and well maintained. In most places, the specificity of the surface makes it possible to attack more entering corners and it looks spectacular. Rally Latvia will be slightly different from Italy in terms of co-driver’s work. There’s not much information in the pacenotes, but the timeliness of the reading greatly affects the trajectory. I think the memory of how to drive on these roads should help me a little bit. I also hope Alexey has experience and knows these roads – he is very fast here. I am looking forward to the start of this rally with interest”.

The participants will tackle four intense days: the organizers have drawn up a tight schedule of recce and pre-start procedures. During the recce it is necessary to make notes and overcome long distances between the cities of Talsi and Liepaja, it will take the whole Thursday and will continue on Friday morning, 14 August. Free practice, qualifying stage and afternoon shakedown will follow on the same day.
The first of the ten rally special stages starts on Saturday near Talsi at 12.20 local time, and the final SS NESTE starts at 16.15 on Sunday. During the two rally days the participants will cover 175.83 km of the competitive distance and 526.5 km of liaisons between high-speed sections.

The measures introduced by the organizers to avoid mass gatherings of spectators and fans in response to the global pandemic mean that Ceremonial start and finish will not take place; fans are not allowed to visit the service park and the location of sports teams. The previously planned city super special stages in Talsi and Liepaja were canceled, and the number of free tickets for spectators to access the organized special stages is limited. All rally participants, from drivers to team administrators, technical staff, as well as media representatives, must act responsibly and comply with all the rules of the rally host country to ensure the safety at Rally Liepaja.