The fourth round of the FIA European Rally Championship finished in Hungary – Alexey Lukyanuk completed the race with seven most important points and retained the leading position in the intermediate classification of the series, and Andreas Mikkelsen celebrated his victorious return to European tracks. 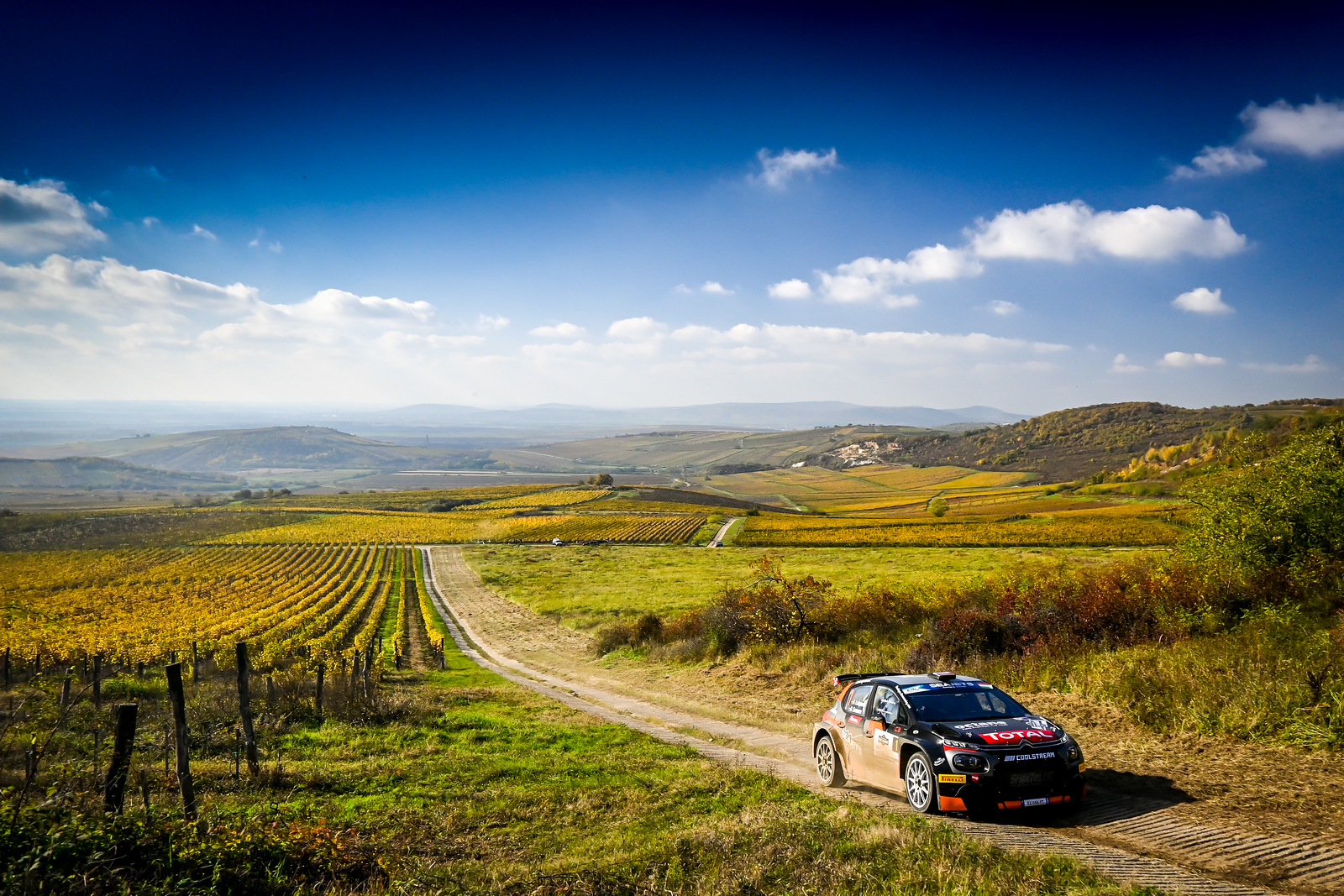 On the first rally day on Saturday, the organizers prepared a long distance that is more often found on the WRC tracks – 118.78 competitive kilometers or two sections with four special stages in each; and on the second day there were only 70 kilometers of special stages (two sections and seven SS) of the “asphalt” rally. It is fair to say that the asphalt surface of the tracks of the Rally Hungary is still needed to be seen. The main surface is asphalt and asphalt concrete of the paths between the vineyards and along the national park that is generously flavored with falling leaves and gravel-soil mixture, brought from the road sides to the track wherever the racer can straighten the trajectory.

The Russians Alexey Lukyanuk and Dmitry Eremeev, driving a Citroen C3 R5 from the French team Saintéloc and with the support of Citroen Racing, Total and Pirelli, have opened the score for victories at the special stages starting from the second one. During the first section of Saturday, observing the times of the participants set at the special stages was a real pleasure for all the classic rally fans – the confrontation between the two most experienced drivers ended in tenths of a second that Lukyanuk and Mikkelsen exchanged at the finishes of special stages! A one-year break had practically no effect on the speed of the Norwegian. At the fifth SS, Alexey lost 4.1 seconds to Andreas – an ordinary bonnet lock pin let the crew down – it jumped out of the fixing point due to vibrations, and the bonnet, in turn, began to open literally automatically, without proper resistance to incoming air currents. This situation did not force the Russian racer to release the gas pedal and did not affect the positions in the rally overall standings, but significantly interfered with the view of the track. Lukyanuk was ahead of all his main opponents in the fight for the title – Craig Breen, Oliver Solberg and Gregoire Munster. 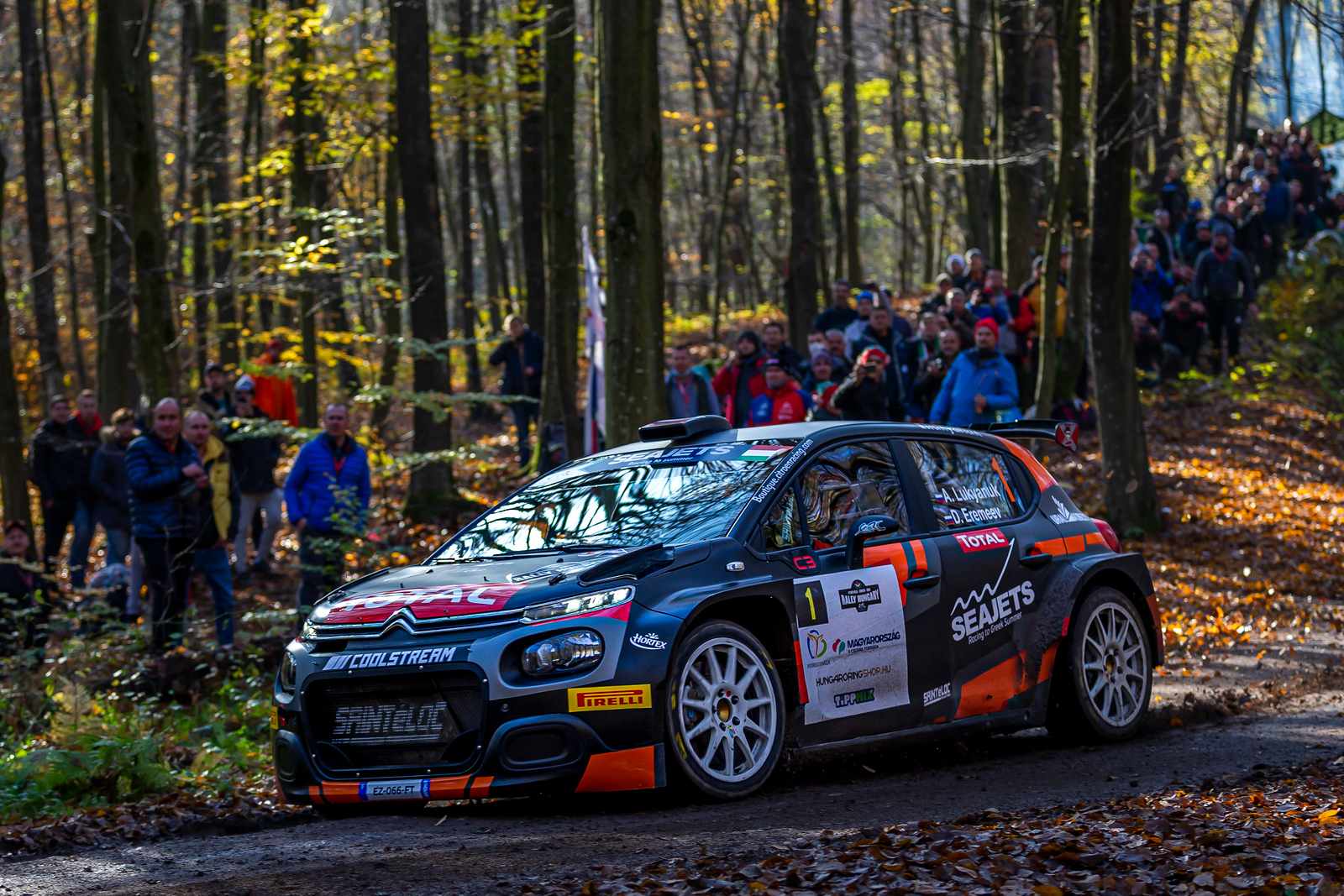 However, hopes for a third victory in the 2020 season vanished due to a five-minute penalty added to the overall result of the rally – when at the finish line of the special stage Alexey Lukyanuk broadcasted live to the whole world that he and Dmitry Eremeev had checked in five minutes earlier at the time control before the start of the sixth SS… The remaining three special stages did not decide anything until the end of the day, and the points-goals-seconds did not make any sense to anyone, because the Russian crew had already fallen to the 18th place in the classification of the rally first day. But as it is said, tomorrow is a new day: Lukyanuk thought about it, did not give up and continued the fight on Sunday, winning the rally second day thanks to victories at three special stages out of seven, and earning such valuable points! This spectacular performance reduced the gap of the Russian crew to the Norwegian Mikkelsen at the finish line to 04:53.5 minutes, which corresponds to the 13th place in the Hungarian Rally classification.

Oliver Solberg, the closest rival of Lucas for the European title in 2020, had a good pace and two punctures on Saturday that affected his results at the day finish – he barely managed to gain a foothold in the top ten of the race overall standings. On Sunday, Solberg Jr. returned to the top five in the rally, just a stone’s throw from the podium finish that allowed him to gain 23 points.

An unpleasant surprise lay in wait for another principal Lukyanuk’s rival – the Irishman Craig Breen, as a result of technical problems, dropped out of the fight for the Hungarian Rally trophies at the 12th special stage, until that moment confidently defending the second position in the race overall classification. 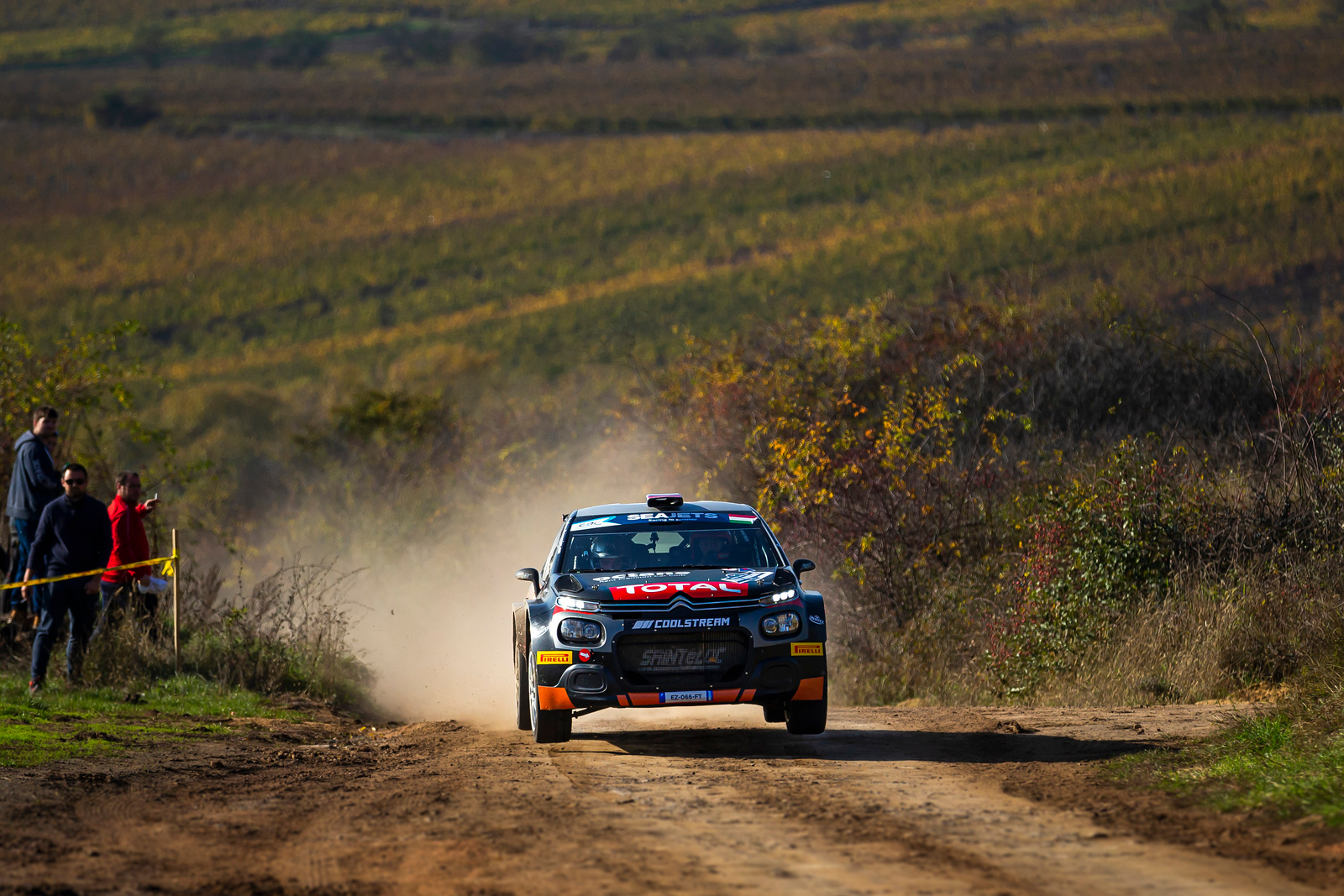 Alexey Lukyanuk, driver,“We won the second day so the mission is complete. Risk management is something to learn, of course, and we see it’s possible to be faster. All in all, we tried to concentrate on speed and consistency and it feels good. Yesterday I was furious, when I’ve found out that I’d lost the victory and everyone saw it. I’m upset with my reaction to that. I need to take some anger management because sometimes I go mad when things go wrong. I need to be smoother on people and smoother on situations. In future I’ll work on that.

I’m trying to focus on positive things, but what happened with us – that situation shouldn’t have happened at all. I don’t want to get any pleasure from problems our rivals had, but for the championship Oliver’s problems with tires played in our hands. It would be much more stressful should he be somewhere in the top three. For the championship it’s not so bad as I thought yesterday. All my emotions calmed down because it’s not possible to maintain a high level of thrills inside so I become a bit empty. We had tough stages today, so we had to focus on that and that’s it”. 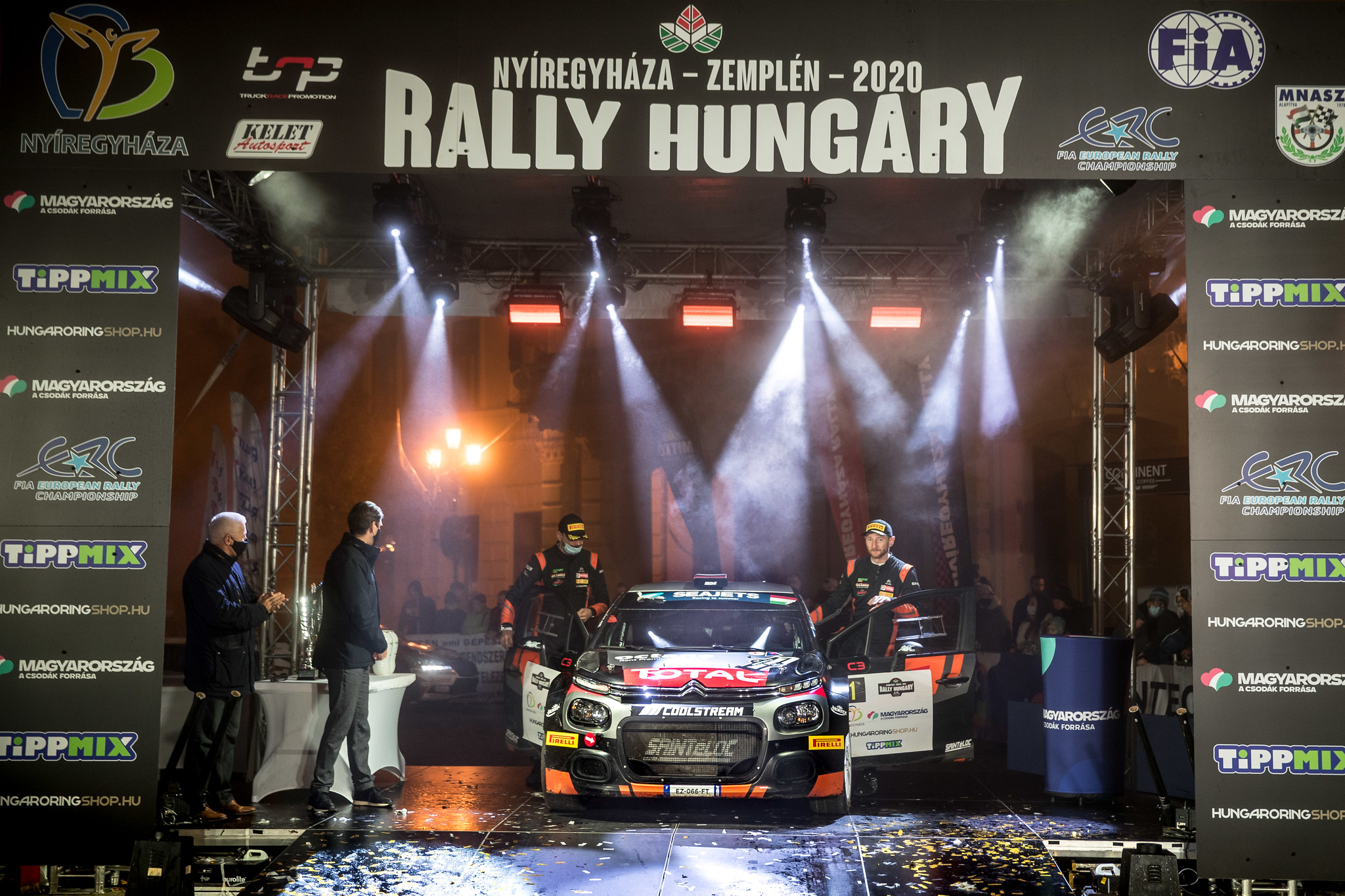 The Rally Hungary turned out to be dramatic and scant on gifts for Alexey Lukyanuk – he earned only seven points (five at the end of Sunday and two for a place in the classification at the rally finish), but nevertheless, the Russian retains the leading position in the intermediate classification of the FIA ERC. There are 26 points between him and Oliver Solberg (a total of 115 for Lukyanuk and 89 for Solberg).

If nothing influences the course of events and everything proceeds as it is planned by the series calendar, the FIA European Rally Championship participants have absolutely no time to take a breath. The fifth of the six scheduled rounds are to take place at the end of November – the Rally Islas Canarias is to be held on 26-28 November.