The reigning European rally champion Aleksey Lukyanuk had a perfect race in Poland and won the first rally of the season. Lukyanuk together with Alexey Arnautov in a Citroën C3 Rally2 from Saintéloc Junior Team, supported by Citroën Racing and Pirelli, celebrated their triumph with an 18.4-second lead over the WRC driver Andreas Mikkelsen. The Pole Miko Marczyk rounded out the top three almost two minutes behind the leader.

The beginning of the rally week was a real thriller – during the test session at the anniversary Polish rally, Alexey Lukyanuk’s racing car escaped the trajectory and overturned five times. But the Saintéloc technical team met this challenge – they brought a new chassis from southern France to Poland on Thursday morning and gave the Russian crew a completely new car, ready to start at free practice!

Free practice began on Friday morning at the short special stage Talti, then a qualifying session took place on the same stage. According to its results, fifteen best crews chose their starting positions for Saturday – Lukyanuk and Arnautov were the best at the qualification, ahead of Nikolay Gryazin by 0.015 sec. In the evening a kind of Prologue took place on the Mikołajki Arena track – the crews drove a pair race, two laps of 2.5 kilometers each. The main surprise was that the track has been poured with water to avoid a strong dust curtain, which caused discontent among the drivers – if they had known about this fact in advance, they could have chosen a completely different composition of tyres for this segment and the results would have been different. Throughout the day Lukyanuk and Arnautov worked with the car settings, trying to drive carefully and reliably, since they really failed to have a test session.

Without further ado, all fifteen best crews according to the qualification decided to go in the reverse order from the worst to the best result, so the Petersburgers started the 15th on Saturday. Beginning from the morning special stages, Nikolay Gryazin set an incredible pace, he won four special stages during the day and was leading with a 40-second advantage over Alexey Lukyanuk. The crew of Lukyanuk and Arnautov, despite the long break in performances on the gravel surface, took a good pace and was not going to give up without a fight. On the contrary, Andreas Mikkelsen did not please the fans at all – he could not show the speed that everyone expected from him and barely kept the third position. Before the start of the season Mikkelsen made a promise to dominate every WRC or ERC event where he will start in 2021. At SS7 Gryazin’s luck failed him – he was forced to start using the Rally2 rules the next day, as he had two punctures and could not get to the final special stage on Saturday. Thus Lukyanuk and Arnautov finished the day with an almost 30-second lead, Mikkelsen got the second place at the end of the day, and the local driver Miko Marczyk moved up to the third position.

On Sunday there were no surprises in the overall standings, the short competitive distance and the 30-40 seconds gap between the candidates for the podium suggested driving with the tactics of controlling the rivals. Alexey Lukyanuk won the morning special stage and gave the other favorites an opportunity to prove themselves. Lucas found the perfect balance between speed and carefulness to complete the rally effectively and win the Rally Poland for the second time in a row. The Norwegian Mikkelsen, having won two Sunday special stages, was able to score a little more points and finished the rally on the second place. The Pole Miko Marczyk secured the third position and, having finished, set a personal record at the FIA ERC rounds. Thus the Russian Alexey Lukyanuk became the first reigning champion in the last 10 years, who began defending his title with a victory. 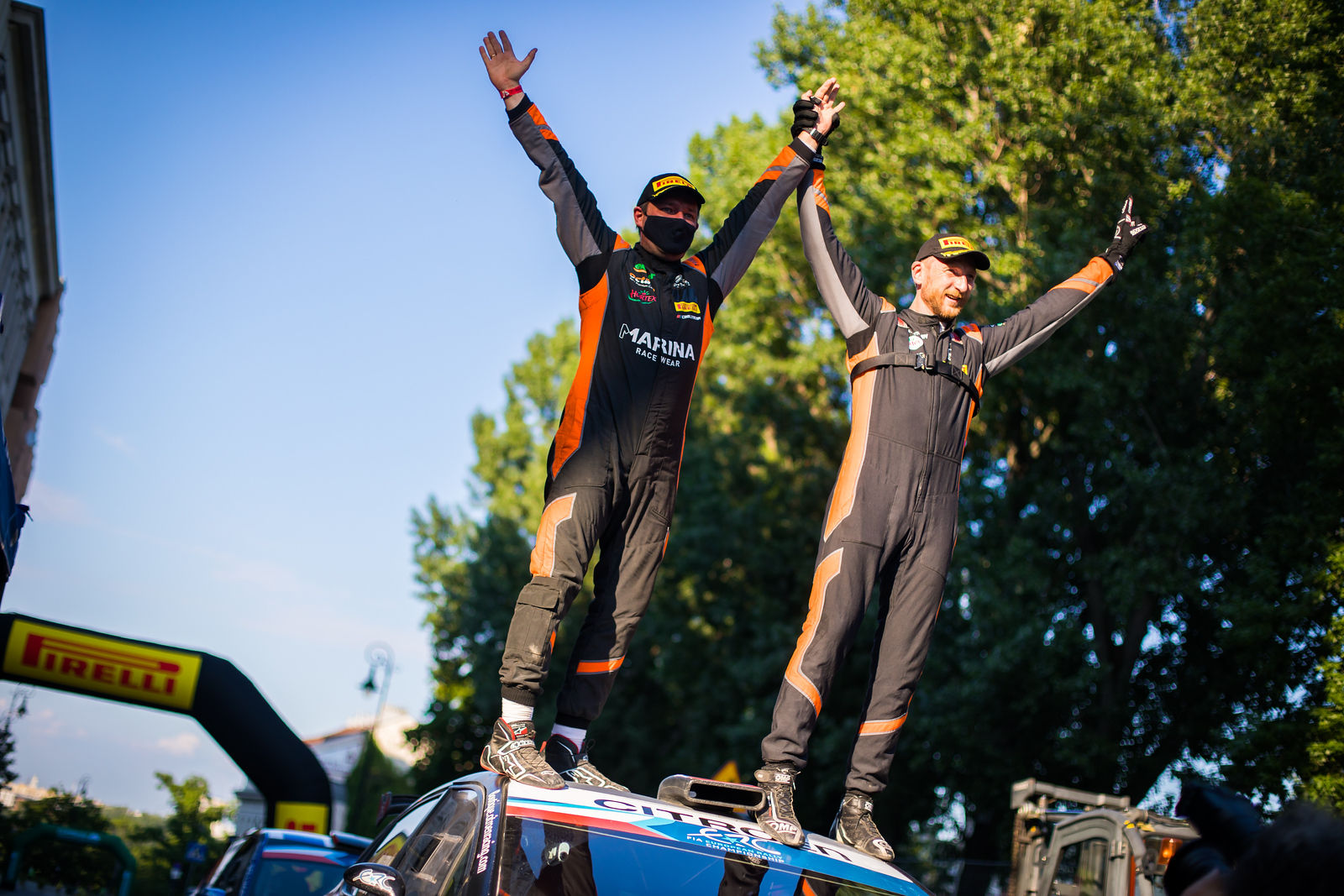 Alexey Lukyanuk, driver, “We are very excited to finish the race at the first place! We have been worrying a little bit today, because Andreas Mikkelsen started to drive faster, and we had a defensive strategy – we gave away little by little. Everything was fine, we didn’t risk, while controlling the gap from the opponents. Sunday was quite challenging – there were some new special stages, and it was hard to drive in places, and there were such tricky, but interesting corners. As a result we came first! I’m incredibly happy that Alexey Arnautov and I teamed up and got the usual mode very quickly, and worked the entire race as we should. The car is great! There were no problems or damage, everything worked smoothly and accurately.
We would like to thank Citroën Racing and Pirelli for the technical side, Saintéloc Junior Team for a marvelous weekend and doing incredible things, Seajets and Coolstream for our finances. We can do our best, if you would like to become our partner, we will be glad to see you!
Big thanks, hugs and kisses to everyone who cheered and supported us. Thank you for following us!”

The second round of the FIA European Rally Championship is to take place in two weeks in Latvia. The Rally Liepāja is scheduled to take place from 1 to 3 July. The special stages on Thursday and Saturday will be located in the districts close to Liepāja, and on Friday the competitors will race around Talsi.